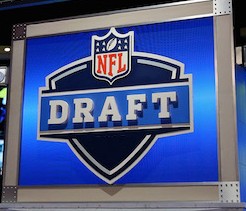 This mock draft is coming to you very late. I planned on having it ready last week honestly, however the extra time kept making me second guess myself. These are my thoughts, what I would do. I know there are picks here that most everyone says are not going to happen. Well…I don’t care, this is my mock. I am sure they have written their own. That being said enjoy-

Bortles has always been my pick for the Texans. Bill O’Brien knows him better than anyone else, O’Brien takes him. Suddenly the Texans have their quarterback for the next decade. He does everything you need your quarterback to do and he is …“just getting warmed up.”

I know many people out there are convinced Clowney is the pick here (and he is the best talent in this draft) but he just does not fit the Texans defense. Never pick someone in the top ten to play a position they have not played before.

Someone needs to protect Sam Bradford. Yes, they brought Roger Saffold back-he is better off as a guard. Jake Long is coming back from yet another injury. Robinson will learn from one of the best and the Rams biggest weakness may quickly become a strength.

Clowney is an incredible physical specimen and the best player in this draft by a large margin. Coach Gus Bradley will be licking his chops if he falls to the Jaguars. Even with the questions about his work ethic Clowney will instantly upgrade the pass rush.

While they do have Josh Gordon, his past history has to be a concern. Why not take the best wide receiver in the draft to make the passing game that much more explosive for whoever ends up playing behind center. Watkins has the speed, hands and running ability that you need in a number one receiver.

I know everyone has Bridgewater dropping but he fits Oakland so well. Smooth and polished he is the #2 QB on my board. Should easily slide into starting spot replacing Matt Schwab.

Matt Ryan simply has to stay upright for the Falcons to have any success. Matthews has the pedigree and the talent to be a top tackle for the next decade. Easiest pick of the draft.

Lovie Smith needs to build the Buccaneers defense in his image. Mack is the second best defensive player in the draft. He will combine with Lavonte David to create a fierce linebacking corps.

New coach Mike Zimmer takes care of his new team’s biggest need right away. Just makes sense for the drafts most exciting player to play for the Vikings. After all it was Fran Tarkenton’s team and Manziel has often been compared to Tarkenton. With AP in the backfield it should give Manziel time to grow into his role without having to carry the offense.

There are a lot of ways the Bills could go here. Offensive line was a definite consideration. But I feel the Bills will get another weapon for their young quarterbacks.

The Lions have had the best wide receiver in football the last few years. Problem is they have had no one on the other side of field. Evans would be a nice compliment to Megatron.

The Titans lost Alteraun Verner in free agency the need is there. Dennard is a solid, physical cornerback who easily slides into the starting lineup.

While the Giants drafted Justin Pugh last year the offensive line still needs to be rebuilt. Taylor Lewan’s gritty play fits the Giants personality and someone needs to protect Eli Manning’s backside if they want to avoid another disappointing season…

Clinton-Dix is a ballhawking safety who starred in Alabama’s suffocating defense. After taking care of the offensive line earlier the Rams work on their defense.

Donald got a lot of people’s attention at this year’s Senior Bowl. The only knock on him is his height. With an incredible motor he can be very disruptive against both the pass and the run. The Bears desperately need to upgrade their defense; this will be a good start.

Troy Polamalu is not getting any younger. Pryor would instantly upgrade the aging Steelers defense. A hard hitter with great ball skills he should contribute quickly.

The Cowboys go just as far as Tony Romo takes them so maybe they should get some protection for him. Martin may be better as a guard but he has the flexibility to play all across the offensive line at a high level.

The Ravens fell to earth after winning the Super Bowl. The best middle linebacker in the draft may help shore up a defense that has lost a lot since winning the big one.

The Jets need someone to throw the ball to; Erik Decker cannot do it all. Lee started the season as the best WR in college football. With the Jets he gets the chance to prove that he was not all hype.

Everyone expects Miami to take a tackle here, but I believe guard is a more pressing need. Putting Su’a-Filo next to Mike Pouncey would solidify the middle of the offensive line. You would have to go back to Bob Kuechenberg to find a guard of Su’a-Filo’s ability playing in Miami.

Carson Palmer is holding the quarterback position in Arizona for someone. I believe that someone is Carr. Solid arm and nice accuracy make him a nice fit, learning under a veteran like Palmer can only make things go smoother for Derek than they went for his brother David.

While still learning the position Barr is a force as a pass rusher. He still needs to develop against the run. Pairing him with Clay Matthews should keep offensive coordinators up at night.

The 2013 Biletnikoff Award winner should instantly slide into the spot vacated by DeSean Jackson. Polished with world class speed and excellent hands. Cooks can work inside or on the edge giving the Eagles yet another game breaking threat.

The Chiefs need a receiving threat opposite Dwayne Bowe; Beckham Jr. easily fits the bill. Dangerous with or without the ball he gives Alex Smith another solid target while also helping in the return game.

Undersized, but competitive. Verrett supplies much need youth to the Bengals secondary.

Shazier uses his explosive burst to disrupt the pocket. Smart with excellent instincts which put him in position to make plays.

The Browns find an excellent corner to line up across from Joe Haden. Has the ability to mirror receivers across the field and the speed to close quickly.

The Saints need some fresh blood in the secondary. Fuller is just the guy to finish the rebuilding job. Should learn quickly across from Champ Bailey.

With a rare burst for a player his size and exceptional strength Hageman should develop well behind Vince Wilfork.

The Super Bowl showed the Broncos need to protect Manning better. Moses has great size and agility. If he continues to develop his technique he could be a steal.

The Seahawks could go a lot of places with this pick. Ford used the Senior Bowl to slide into the first round solidifying an already impressive defense.